A source of inspiration and the ideal getaway

The originality of the forest of Fontainebleau lies in the presence of sand, plateaux and sandstone boulders and rocks, which bear witness to its geological history. They gave rise to the picturesque landscapes which lend it such special character and which inspired artists.
From the mid-nineteenth centuries, painters, writers, film-makers and photographers fell in love with the forest of Fontainebleau and forged its reputation.

Sandstone landscapes with evocative shapes recalling elephants, tortoises, dogs and other animals give way to boulders, sandy deserts, plateaux, gorges, heaths and stands of deciduous or softwood trees, and from the nineteenth century onwards attracted numerous artists. This use of Fontainebleau as a subject of art and for tourism and leisure steadily developed, transforming it into a place of recreation, inspiration and relaxation.

Inspired by its remarkable natural heritage, landscape painters moved to Barbizon and set up their easels in the forest. Corot, Millet, Rousseau and many others succeeded one another, joined by the pioneers of photography, Le Gray, Cuvelier and Balagny, in search of a studio in the heart of nature. This is not to mention the Naturalist and Romantic writers and poets (Senancour, Sand, Musset, Flaubert, Hugo, Stevenson and others), who were the first to discover the place and loved to give voice to its elegance and greatness.

It was at this period that the visionary Claude François Denecourt, who was enchanted by the beauty of the forest, invented nature tourism: in 1842, he created the world’s first marked rambling trails, called sentiers bleus, or “blue pathways”. His work was continued by his disciple, Colinet. They created a total of 150 kilometres of walks.

Viewed until then as an inhospitable environment, the forest became a popular destination for walkers thanks to the arrival of the railway and the publication of the first ramblers’ guides, written by Denecourt (1839). Nature tourism was born and developed throughout France from Fontainebleau.

In 1861, a handful of painters from Barbizon, writers and walkers very much in tune with the fashionable theses of Romanticism succeeded in creating an Artistic Reserve of more than 1,000 hectares. So it was that even before the creation of the first national park – Yellowstone in the US – the forest of Fontainebleau became the first natural conservation area in the world.
En savoir plus

After that, it was the turn of cyclists and horse-riders to occupy the forest, not to mention rock-climbers, who traced out numerous climbing courses during the early twentieth century. These attracted the pioneers of mountaineering, including internationally renowned rock-climbers (Casella, Prestat, Wehrlin, etc.), who came to train in preparation for their attempts to conquer the Himalayas.

This was the period when the young film-making industry was beginning to abandon studio sets in favour of more natural settings, which they found on a number of occasions in the forest of Fontainebleau. Since then, the film industry has made frequent use of the forest (Cyrano de Bergerac, Brotherhood of the Wolf, Asterix and Obelix Meet Cleopatra, etc.), inspired by it just every bit as much as the writers and artists.

An outstanding natural environment to protect at all costs

The forest of Fontainebleau is home to an outstanding living, natural heritage. It offers a patchwork of landscapes and forest ecosystems, resulting both from its vegetation (moorland and timber forest), its relief (hills, valleys and gorges), its climate (Atlantic, continental and even Mediterranean influences), and its geology (ranging from fine sand to sandstone rocks and limestone plateaux).

It is a bio-geographical crossroads, comprising exceptional biotopes. As a result of these unique ecological circumstances, a wealth of fauna and flora abounds here. More than 5,685 species of plant (including 1,350 flowering plants, 460 mosses, 2,700 mushrooms, 675 lichens and 500 algae) and 6,600 species of animal (including 60 mammals, 200 birds and 5,600 insects) have been identified. This makes it one of the richest woodland areas in terms of flora of all the lowland forests in western Europe.

From the seventeenth century on, this biological reserve attracted renowned naturalists, such as Tournefort, then Jussieu and Linné. Moreover, in 1948, a UNESCO conference held at Fontainebleau resulted in the creation of the International Union for Conservation of Nature (UICN).

Consequently, the forest of Fontainebleau is unlike any other forest. It is an emblematic place with a rich past and a history-steeped heritage which must be protected, but also left open for its multiple uses.

From the creation of the artist reserves in 1861 up to the present day, numerous conservation measures have been implemented to protect these spaces and maintain their habitats.

With increasing urbanisation and free time and the growth of transport, city-dwellers discovered and rapidly adopted the place. Fontainebleau became a favourite place for Sunday walks and sports and recreational activities for the people of the greater Paris region. More than 1,500 kilometres of pathways, 400 of them marked, and nearly 200 climbing courses – the world-famous ‘Fontainebleau rocks’ – could be explored in the forest, which was accessible to the public. This major social role triggered massive frequentation: 9 million visitors came here in the 1970s.
En savoir plus

Today, the forest is protected by numerous legal and environmental measures. The forest enjoys “protected forest” status, is a listed UNESCO biosphere reserve, a classified Natura 2000 site and, in the case of the national forest, a listed site of which the planning document is approved by the Ministries of the Environment and Agriculture. All these measures ensure lasting protection for the woodland and safeguard its outstanding ecosystems, biodiversity and landscapes, thanks not least to the creation of the Integral Biological Reserves (1,062 hectares) and Managed Biological Reserves (1,305 hectares). 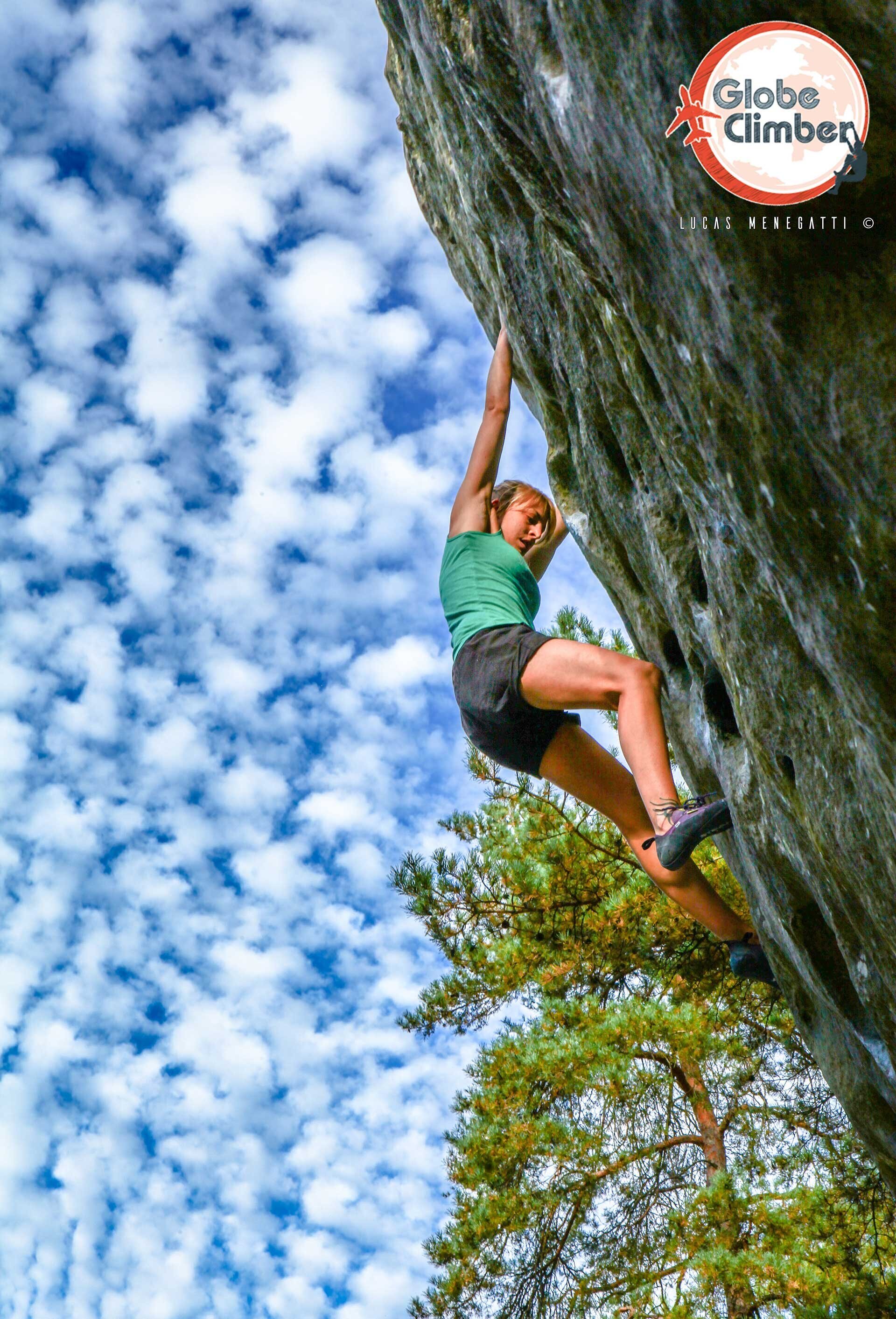 The different sports and leisure activities that have been practised here for decades (walks, rambles, orienteering, cycling, mountain biking, rock-climbing, riding, golf, hunting) are practised side by side and with respect for the environment thanks to the agreements and codes of conduct enacted by sports federations and associations in coordination with the National Forestry Office (ONF).

Multiple issues (social, economic, landscape, environmental) are at stake in the management of this prestigious forest, and this calls for high technical standards, great professionalism, ongoing dialogue with the different local stakeholders (elected representatives, associations, scientists, local governments), and suitable modes of governance. Governance is exercised by a number of strategic committees: the Scientific and Users Committee, inherent to Fontainebleau’s “protected forest” status, the Outstanding Forest steering committee, and the Natura 2000 steering committee. Other, more technical committees allow active concertation between all the partners in the territory covered by the forest.
En savoir plus

In the prestigious setting of the forest of Fontainebleau, make your dreams come true and discover the sled dogs actvities at the heart of nature !